One of the most fun activities to do when you’re expecting is to binge on pregnancy movies. 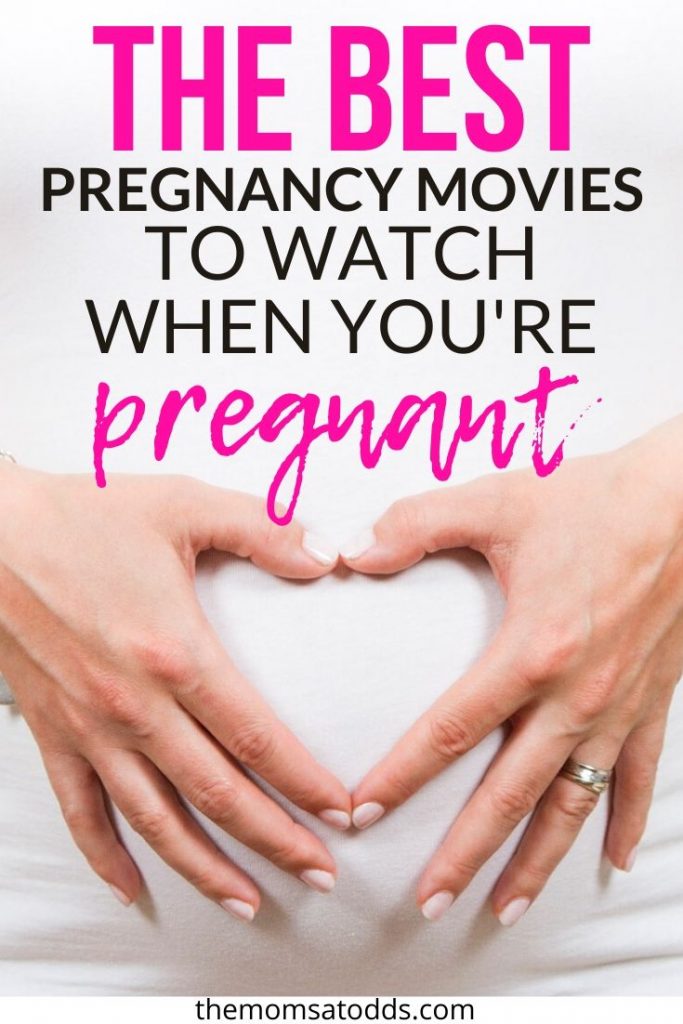 It’s an opportunity to relate to these cute movies in a way you haven’t been able to before. You understand their struggles, cry along with their raging emotions, and can laugh at all the less-than-desirable pregnancy aspects.

We’ve brought together a list of the most popular pregnancy movies out there, provided you some quick summaries (with ratings!), as well as given some insight on where to find them. However, it’s important to note that online streaming services change their material constantly so we apologize if a movie is no longer available.

A bored and adventurous hookup between two teenagers (Ellen Page and Michael Cera) results in an unwanted pregnancy. Rather than turning to abortion knowing they don’t want to keep the child, they decide to give the child up for adoption.

The prospective parents are initially elated however things begin to fall apart when the intended dad confesses romantic feelings for the pregnant teenager.

It’s hard not to love this movie. The characters are overall lovable and the humor is quick and snarky. While it does bring up some tough issues, it’s overall a pleasant and enjoyable watch.

After a drunken one night stand and an awkward morning-after breakfast, an aspiring journalist (Katherine Heigl) discovers she is pregnant. She contacts the father (Seth Rogen) who is a largely immature full-grown man without a real job.

The movie tells the story of the two parents trying to get to know one each other while simultaneously navigating pregnancy and preparing for a baby.

We love the movie for the realism. Real topics come up like female career struggles, male responsibility pressures, and the feeling of being “trapped” by parenting. It also deals with the reality that two parents can be active and effective parents even if they aren’t in a romantic relationship.

Because of this realism, it can be very serious at times. It’s much less light-hearted than the previews would make you believe.

Where to watch – Amazon Prime

tells the story of a 34 year old woman (Heather Graham) who discovers she is entering early menopause. The doctor explains she only has 4 days left to conceive with the final egg she has remaining.

Unfortunately, she gets into a big fight with her longtime boyfriend and he suddenly leaves town for work. As this young woman is desperate to have children of her own, she tries repeatedly to get random men to have sex with her in an attempt to conceive.

As many romantic comedies are, this movie is extremely predictable and awkward at times. But… not in a cute way, in a bad and weird way. It’s a strange premise, overall unbelievable, and not very enjoyable in our opinion.

This movie is the third installment of the Twilight saga that shows the long-anticipated wedding between Bella (Kristen Stewart) and Edward (Robert Pattinson) – as well as their honeymoon. It isn’t long before Bella discovers the impossible, that she is pregnant with a half-vampire baby.

While not one of your traditional “pregnancy movies”, it’s still a fun watch. We can’t really relate to blood as a pregnancy craving, but we can understand the protection Bella feels for her unborn child.

Make sure you’ve seen the first two movies (or at least read the books) before sitting down to watch this one. There are a lot of plot holes, so try not to overthink it too much. Just enjoy the fact your baby’s kicks aren’t strong enough to break your spine.

Where to watch – Netflix (included with subscription), Amazon Prime

An aspiring comic (Jenny Slate) discovers she is pregnant after a drunken hookup. The movie documents her struggles with employment, relationships, finances, and the decision to terminate her pregnancy.

We rated it low because the movie is extremely slow. She doesn’t discover she’s pregnant until a third of the way through and doesn’t make any real moves or decisions until the last 20 minutes of the movie.

Although she is a standup comic, neither the movie nor her are particularly funny. While there are some cute moments scattered in there, it definitely has a more awkward and cringe-worthy vibe.

A career woman (Tina Fey) in her late thirties decides she wants to have a baby on her own, but is told that her chances of getting pregnant are slim. She finds a pregnancy surrogate (Amy Poehler) and the two very different personalities create some funny situations.

This is a light-hearted comedy, though not an accurate portrayal of surrogacy.  Fey and Poehler really carry the movie in which there’s some genuine laughs and some over the top silliness.

Father of the Bride Part II

In this sequel to Father of The Bride, the “father” (Steve Martin) finds out that his recently married daughter and wife are both pregnant. The story primarily follows the simultaneous pregnancies through the lens of the “father” in this comedy.

Funny and silly, this film is a light-hearted look at pregnancy. The mother-daughter pregnancy is cute and has some sweet moments.

While some parts are a bit over the top, it is overall enjoyable and entertaining.

In this sequel to Mama Mia! Sophie (Amanda Seyfried) is working on re-opening her mother, Donna’s hotel. The movie flashbacks to Donna as a young woman (Lily James) and the story of her unplanned pregnancy with Sophie and how she met her three possible fathers.

The film follows the stories of mother and daughter in the past and current time set to the music of ABBA.

The movie is cute and light-hearted while feeling a bit silly at times. Fans of the original will appreciate the reunion of characters and music.

Where to watch – Amazon Prime

A single 30-something woman (Jennifer Anniston) makes the decision to have a baby on her own with a sperm donor. At her “insemination party” her friend (Jason Bateman) in a drunken state switches the sperm from the donor for his own. Upon finding out that the insemination was successful, she leaves town to raise her child around family then returns years later.

This movie focuses on the “getting pregnant” part, but really skips out on the pregnancy.

With a star studded cast and some funny parts, this movie is entertaining, but fell a bit short of expectations. It deals with some tough topics, but maintains a mostly upbeat feeling.

What to Expect When You’re Expecting

Given the same name as the top-selling pregnancy guide, this romantic comedy follows five interconnected couples as they navigate becoming parents. WIth a star filled ensemble cast and multiple storylines this movie tackles so many different topics from adoption to miscarriage that there is really something for everyone.

We appreciated the way so many different aspects of pregnancy are represented, but with so many varied stories none get to be really explored in depth and can feel a bit rushed. There are some funny and relatable pregnancy moments and the movie is overall entertaining with a light-hearted feeling.

A waitress (Keri Russell) in a small town diner who makes unique and creative pies is stuck in an abusive marriage when she has an unplanned pregnancy. She begins a diary of letters to her unborn baby and the film follows her story as she tries to leave her husband, find love, and become a mother.

While it deals with some very heavy topics like spousal abuse and infidelity, the movie somehow also maintains a whimsical and heart-warming quality. Ultimately, its quirky and fun with some relatable pregnancy moments.

Note: The movie is not a musical, though it has also been adapted as a musical on Broadway. 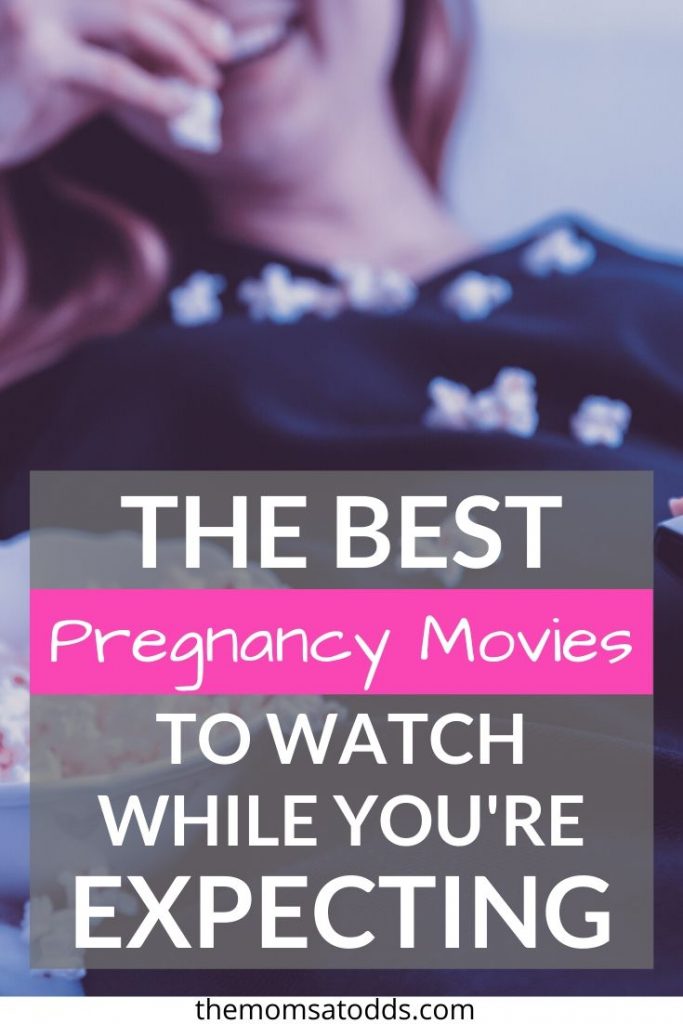 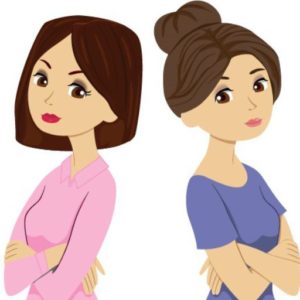